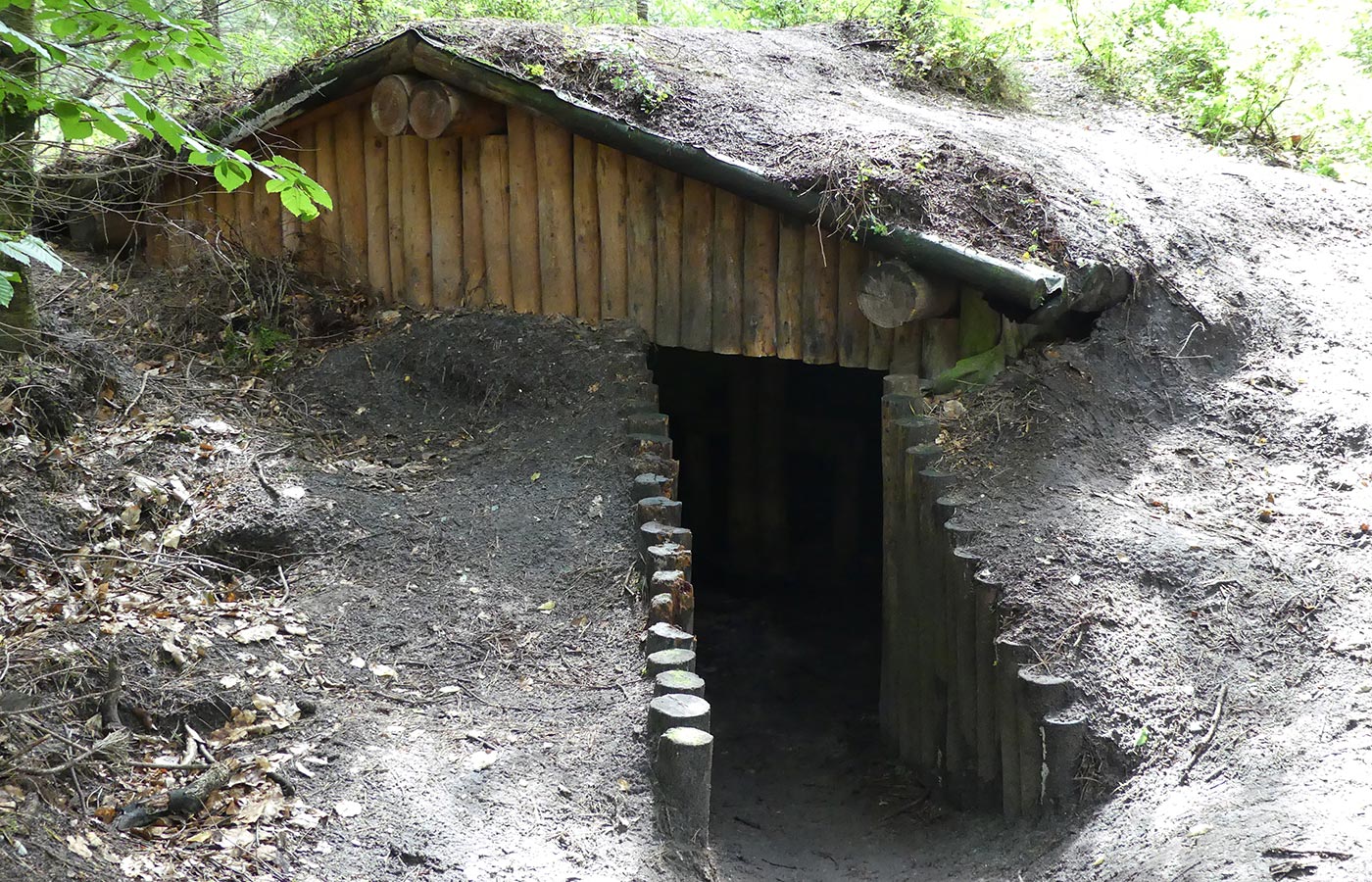 During the Second World War, The Hidden Village in the woods at Vierhouten offered refuge to 80 to 100 (Jewish) people in hiding, members of the resistance, Allied pilots, and even one deserted German soldier.

From April 1943, huts were built in the thickly wooded forests near Vierhouten, partially underground, partly above ground. The construction was initiated by resistance fighter and lawyer Edouard van Baumhauer (aka ‘De Boem’). He was aided by opa Bakker (C.D. Bakker) and tante Cor (C.J. Bakker-Van Rheenen). They provided heaters, lamps, cooking stoves, beds, books, and toys for the children. The village is locally known as the ‘Pas Op-kamp’ (Watch Out Camp), after the Pas Op-weg (Watch Out Road) that runs close to the hiding place. The road owes its name to the highwaymen who use to roam there.

On Sunday 29 October 1944, two German soldiers discover the village. They fire a few shots, shout and inform their commander. Warned by the shots and shouts, the 87 people staying at the village at that time manage to escape. Most of them survive the war. The huts are destroyed with hand grenades. Three of these huts were later rebuilt. A commemorative stone was erected on the side of the Pas Op-weg. Coming from Vierhouten, you can follow signs that guide you to the location. If you turn down the Tongerenseweg coming from the direction of Vierhouten, you pass a second monument that marks the place where eight Jews from Vierhouten were shot dead.