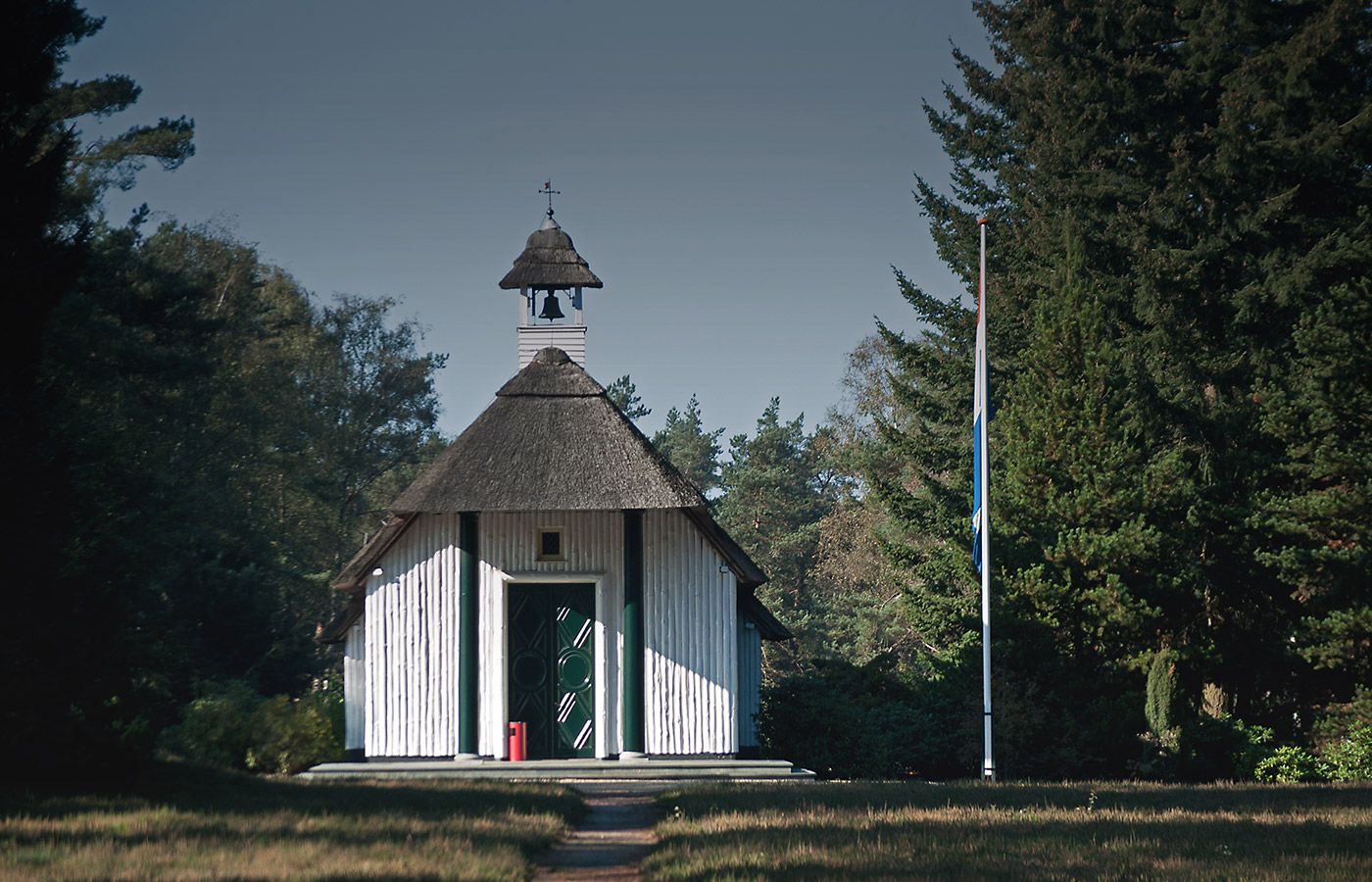 In 1947, the Dutch government decided to return the mortal remains of the Dutch people who died in Germany to the Netherlands. To facilitate this, the Oorlogsgravenstichting started the construction of a war cemetery in Loenen (municipality of Apeldoorn) in 1948. On 18 October 1949, Princess Wilhelmina opened the war cemetery, where almost 4,000 Dutch people are buried nowadays.

Nationaal Ereveld Loenen is the final resting place of nearly 4,000 war victims. The people who are buried here lost their lives in various places and under different circumstances. Soldiers, members of the Resistance, Engelandvaarders (people who crossed the Channel to escape from the Nazi-occupied Netherlands to England), victims of reprisals, forced labourers, but also victims of the police actions in Indonesia, soldiers who fought in New Guinea or took part in peace missions in Korea, Lebanon, Yugoslavia, Afghanistan and Mali.

In the middle of the war cemetery stands the chapel, with a shrine for the Memorial Books, the wall panel with the names of Engelandvaarders and a number of urns with human ashes from concentration camps. Since the 1980s, the cemetery is no longer only a final resting place for victims of the Second World War. Soldiers and civilians who were killed during humanitarian and/or peace missions are also (re)interred there.

Visiting the war cemetery
On the first and last Sunday of every month, retired teachers Jan Heerze, Jan Maréchal and Loek Schreurs go on a walk in the cemetery. These experienced storytellers pause at some of the graves and tell the stories hidden behind the tombstones. Visitors can walk along with them, and children are also welcome. The walks start at 11 a.m. at the entrance of the war cemetery and are free of charge. There is no need to make reservations. Please check www.liberationroute.nl for the exact dates.