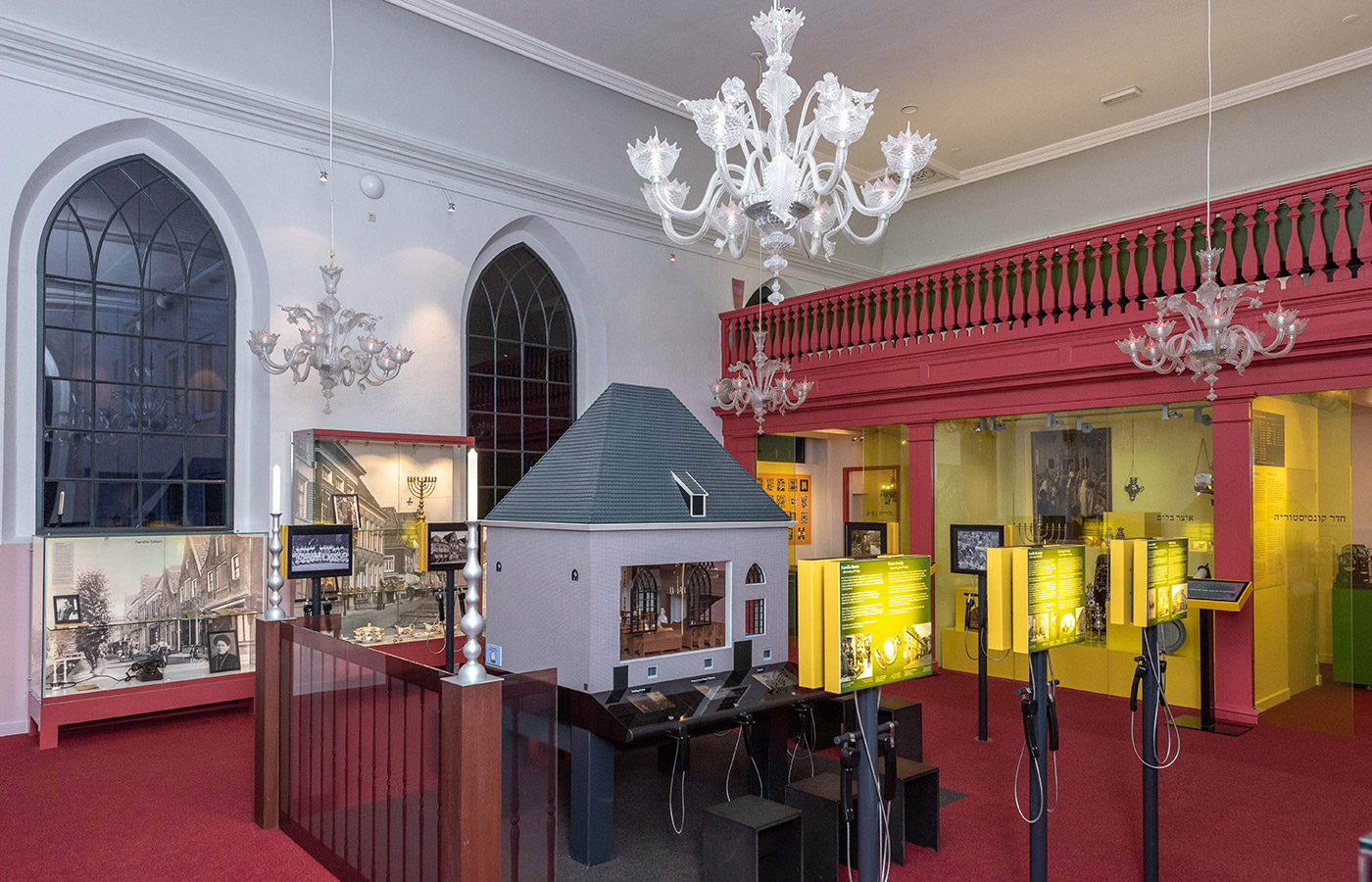 Museum Sjoel Elburg offers an insight into the daily lives of the Jewish families who lived in Elburg from 1700. In addition, the museum provides a historical perspective on current themes like integration and tolerance. The museum presents Jewish history in a dynamic, fascinating way.

The building originally functioned as a private home, and later as a spinning mill. The Jewish brothers Wolff then used it as a warehouse and eventually donated it the Jewish community. It was then turned into a synagogue, which opened in 1855. After the Second World War, it could no longer function as a house of worship.