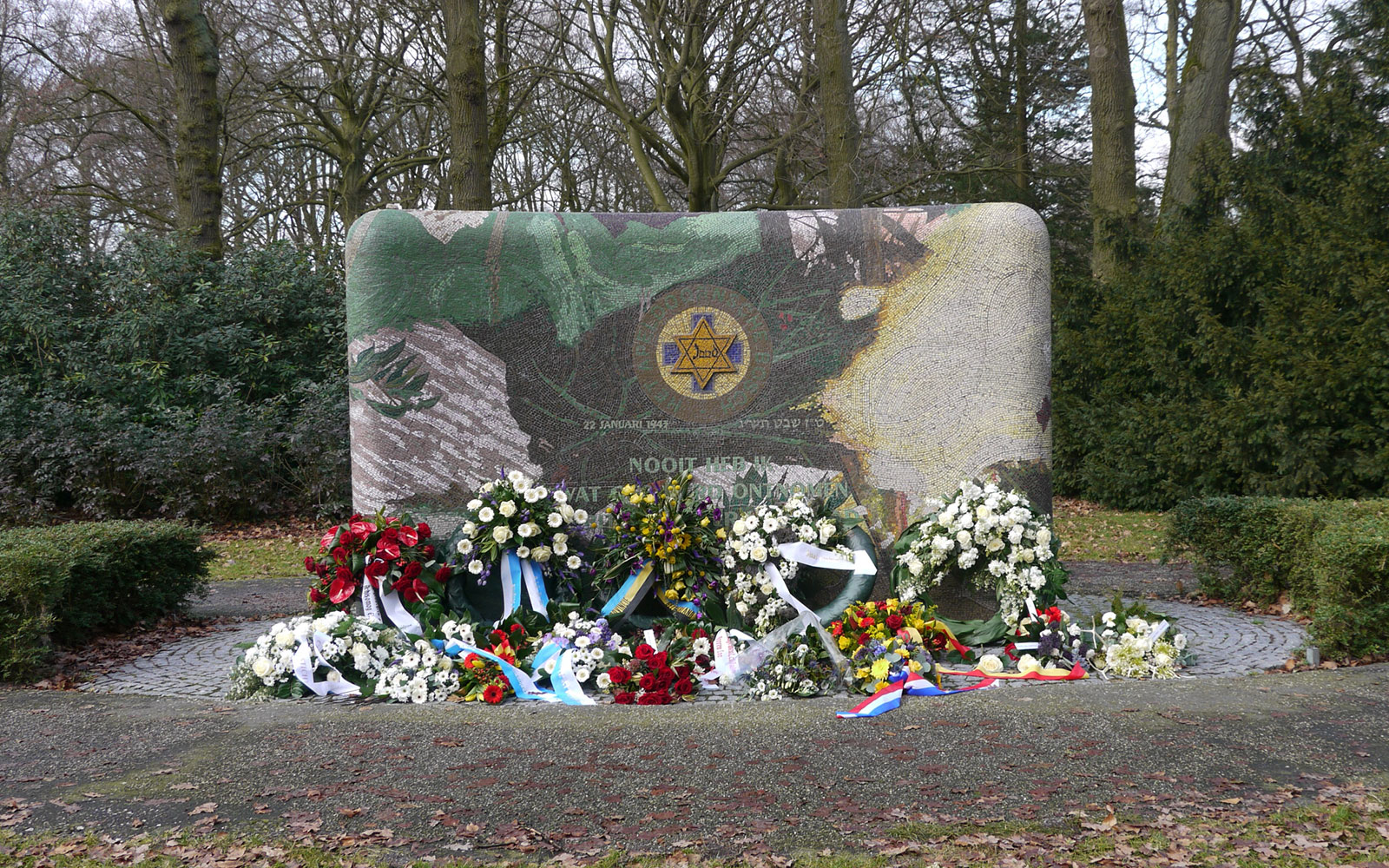 The terrible fate of the Jews is symbolised by the flames on the back of the monument. The yellow Star of David rests on top of the black cross of the psychiatric nurses. Beneath the circle are the date 22 January 1943 and lines from Ida Gerhardt’s poem Het carillon (1941):

On both sides of the monument are plaquettes of stainless steel, placed at a slight angle, which bear the names and ages of the 1,258 victims.