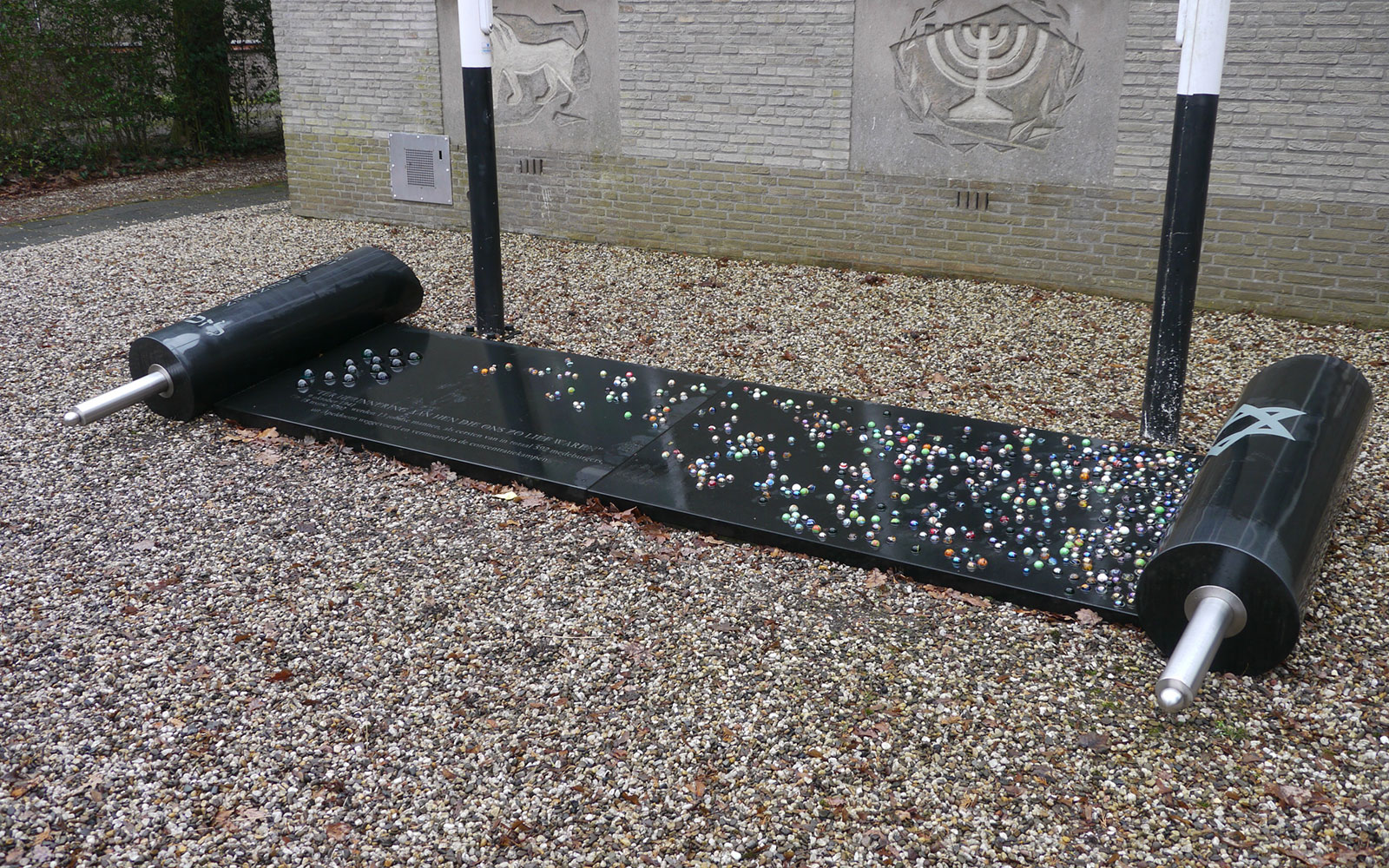 This monument was created to commemorate the 592 Jewish citizens of Apeldoorn who were deported and killed during the Second World War. The monument was an initiative of Bert Huiskamp and Carry Huiskamp-van Biene. Carry’s father, Wim van Biene, was transported to Mauthausen on 9 October 1941 together with twelve other Jewish inhabitants of Apeldoorn.

Visual artist Tirza Verrips made a granite Torah scroll with 592 glass marbles on it, all differently-coloured and of different sizes. The left scroll bears the inscription ‘Wij gedenken’ (We Commemorate) and a Star of David is engraved on the right scroll. The granite tablet that is lying flat is engraved with the words ‘Ter herinnering aan hen die ons zo lief waren’ (In memory of those who were so dear to us).